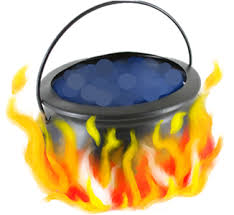 It was a good thing, my son wanting to do Renew Camp this year.

One April morning, I decided to just do it, but quickly realized there were parts of the application that I couldn’t complete for him. It would have to be a team effort.

Someone had to fill out the insurance information and take care of payment while someone else had to read the guidelines and check that he would abide by them.

After school that day, I brought it up, but the timing was poor.

That was the date in my head. Not the 16th which was the real deadline. May 18th seemed far off. Plenty of time remained.

Fast-forward, then rewind to Friday, May 17. While paying bills, I remembered Renew registration. In a panic, I dashed to the kitchen marker board to write REGISTER FOR RENEW TODAY!!!!! Whew, that was close!

Mom, can you come here?

My son was sitting at the computer during family night movie break, as my husband popped popcorn in the kitchen. I looked over his shoulder to read…It can’t be! Registration closed...the 16th?

Something inside began to bubble up, and it wasn’t the joy of the Lord, or the peace that passes all understanding, or the assurance that God had this, and His will would work out. It was anger and accusation and rage and frustration. It was a need to blame and accuse and justify and defend and be right!

Because it couldn’t just be a crappy misunderstanding to process rationally.

What followed wasn’t pretty. It was pretty traumatic. I couldn’t see beyond the overwhelming wave of over-responsibility for my son’s disappointment and my failure as a mother to keep everything organized and running like clockwork. Condemnation and contempt took off at full speed.

This was one of those times when the heat was turned up high, and I was suffocating while at the same time boiling over.

Have you ever experienced a similar irrational level of anger over something that should NOT be that big of a deal? There is usually a bunch of stuff underneath trying to surface. Like fear and hurt and pain and shame. Or all of the above like I was feeling.

The issue resolved. The way it would have all along WITHOUT my angry tirade.

I received an email the following day that my son’s registration was incomplete, with instructions on how to complete it.

I couldn’t let go of my failure and how I had blown it, until a dear heart friend who was walking through the situation with me texted these words upon hearing the resolution…

I am so glad. It is an opportunity to show grace TO him, show him the grace given you AND him, and for him to GIVE grace. Thankful.

Thanks for heart-composting with me! I appreciate your words. Cancel reply

This site uses Akismet to reduce spam. Learn how your comment data is processed.

What’s in the Bin